India has a rich and diverse culture. Every state sings its own tale through its art, architecture, folk dance and food specialities. With every state having a unique and splendid taste of its signature dish, India offers a wide range of cuisines. The taste largely depends on many factors including spices and herbs available in the region. Meat, fruits and vegetables also affect the quality of taste in different states.

Indian taste buds are largely influenced by neighbouring countries. Many dishes are prepared according to the dishes of different countries but Indian spices are used to give them an authentic flavour. With the change in time, Indian cuisine also merged with different cuisines to give an all-new fusion cuisine. With every state famous for its signature dishes, India also offers a wide range of deserts. The famous deserts from different Indian states include Gulab jamun, Jalebi, Barfi, Shondesh, Kulfi, Kaju Katli and Rabri. 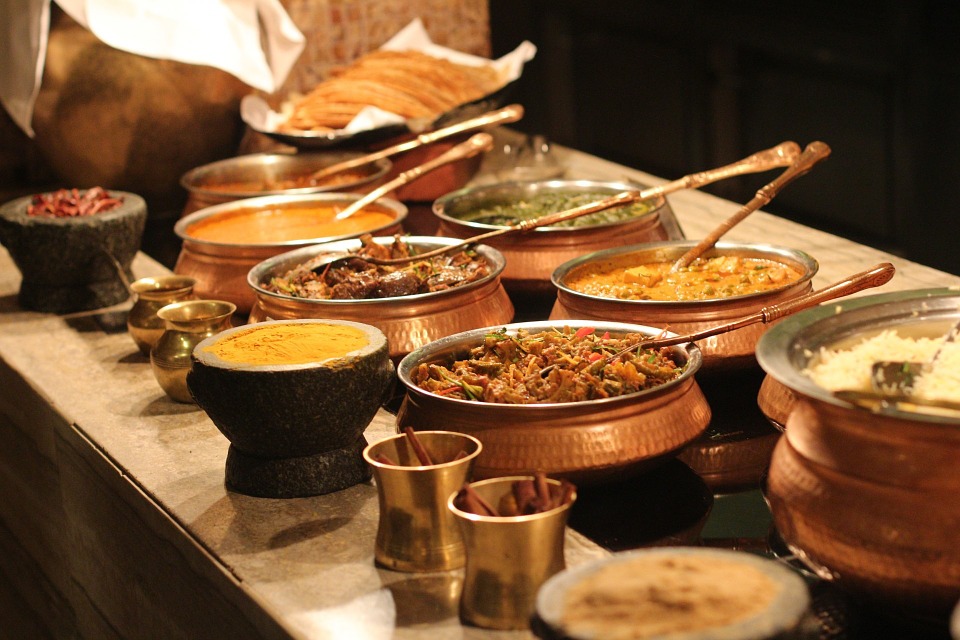 Starting from the northern part of India ’Kashmir’, the cuisine evolved over a period of 100 years. The Kashmiri cuisine was firstly an influence of Buddhist and Kashmiri Hindus food later the cuisine shifted to that of Timurs. Mutton is considered the prominent dish of Kashmir with the number of mutton dishes reaching more than thirty. The traditional multicourse meal of Kashmir ‘Wazwan’ is mouth-watering and its preparation is considered a traditional art form.

Coming to the western part of India the state of Maharashtra is famous for Puran Poli, Batata Wada and Wada Paav. Batata Wada and Wada Paav are considered the signature dishes of the state. Wheat, rice and lentils are considered the significant components of Maharashtra diet. Rajasthan, a colourful state with infinite stories of its great warriors is another destination in Western India for foodies. The place is mostly deserted and water is scantily available. Hence, the dishes are prepared in milk or ghee which further enriches the taste and nutrition. Rajasthan is famous for many dishes including Ghewar, bail-gatte, chaavadi, laapsi and kadhi. The signature dish of Rajasthan is considered to be Daal Bhaati Churma.

Adjacent to Rajasthan is the splendid state of Punjab. Punjab offers a wide range of dishes prepared from fresh ghee, butter and cream. Amritsar Prantha is a favourite breakfast dish in Punjab. Makke di roti and Sarso da saag are considered the signature dishes of Punjab. Tandoor made dishes like paneer tikka, chicken tikka, naan, missi roti are mouth-watering and depict the lifestyle of Punjab.

West Bengal, situated on the eastern part of India is famous for non-veg dishes. Fish and rice are the prominent diets of Bengal people and high amount of spices are used to prepare them. Fishes are prepared in many styles in Bengal. Shondesh, a sweet dish is considered the signature dish of Bengal.

Kerala situated in the Southern part of India is famous for its coconut dishes. Coconut grows in abundance in Kerala and almost every dish is prepared from a coconut product. Rice and fish are the prominent dietary supplements in Kerala. Kerala food is flavoured with the help of coconut milk as well as grated coconut. Idli, Dosa, Sambhar, puttu and appam are considered the favourite breakfast dishes in Kerala.

India has a rich and diverse culture. Every state sings its own tale through its art, architecture, folk dance and food specialities. With every state having […]
Do you like it?0
0 Read more