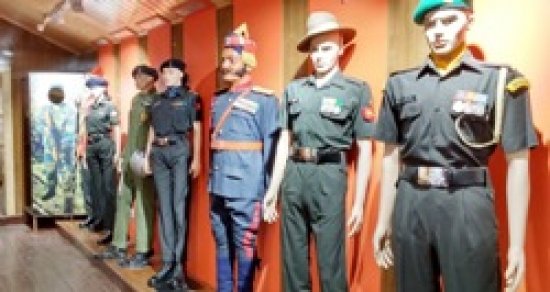 The Himachal Pradesh State Museum is situated 2.5 kilometers west to the Scandal Point near the Inverarm Hill. The legacy of this particular building marks an important part of history, as it used to be the private residence of Lord William Beresford, during colonial times. Beresford used to be the Military Secretary of Lord William Bentinck, who was the Viceroy of India at that time. On his exit from India, the house was occupied by Sir Edwin Collan, followed by Sir Edward Law. Post-independence, the building served to be the residence of the Indian Government officials. Later, the mansion was turned into the state museum on 26th of January, 1974. The aim behind the establishment of the museum was to collect and preserve history in the form of artistic and archaeological items, belonging to the state of Himachal Pradesh. The museum houses a huge collection of ancient historic paintings, sculptures, coins, as well as photographs, that were collected from across the different parts of the country. It includes a grand library consisting of around 10,000 books, magazines and journals. Although Shimla experiences amazing climate all year round, you should consider visiting the place during summers. Winters in Shimla witness heavy snowfall that might hinder your exploration.

Himachal Pradesh State Museum, Shimla address and how to reach